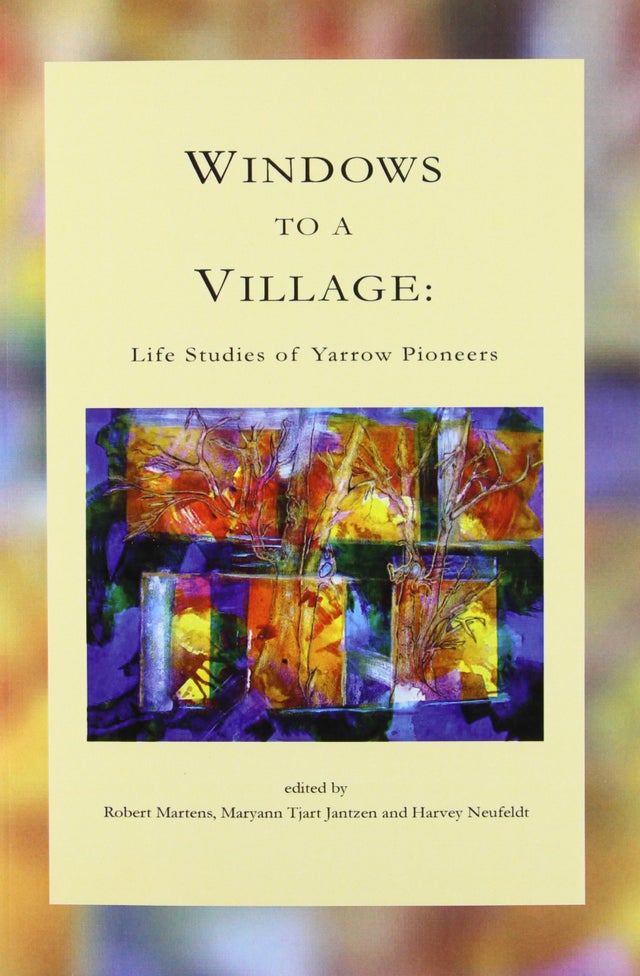 Gathered together in this book are the life stories of "perfectly ordinary, perfectly remarkable people." Told together, they open historical windows to the village of Yarrow, British Columbia, providing a unique social-historical, composite portrait of a town and its people. Here we find the personal stories of farmers, teachers, entrepreneurs, labourers, parents, children, men, women, the "insiders" and the marginalized. Their creative responses to the realities of their time and place built a village that continues to flourish. It is the sincere hope of the editors that these stories "will shed some affectionate light upon the troubled shadows of history."

"This book presents fifteen biographical studies, almost all based in part on oral interviews, of a wide variety of people who lived in Yarrow, British Columbia, from the village’s founding 1927 through its height in the 1940s and during its slow economic decline since then. For its founders, Yarrow offered the opportunity for Mennonite and Mennonite Brethren Rußländer immigrants of the 1920s to reestablish a traditional Russian-style Mennonite village—a strategy that did not, ultimately, succeed but that produced a thriving center of Mennonite rural life for much of the mid-twentieth century. The fully documented chapters include life-sketches of ministers and other church leaders, a local politician, businesspeople, a social worker who was also one of the first women in the community to pursue higher education, artists and a man who left Yarrow as a young adult and became a renowned anthropologist. Chapters on musicians and people with disabilities do not focus on one person’s story but present the lives and influence of several individuals and households. "