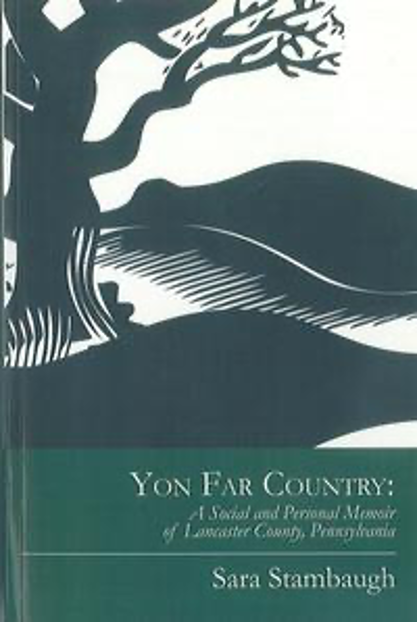 "Yon Far Country is a memoir of a woman born and raised in Lancaster County, Pennsylvania, but it is also a memoir of a particular community. The novelist Sara Stambaugh (1936-2002), daughter of Evelyn Hershey Stambaugh and Clarence Stambaugh, was born in the town of New Holland and spent most of her childhood life in surrounding Lancaster County. Today Lancaster is known for its Amish population and attracts thousands of tourists every year. Stambaugh describes a different era in Yon Far Country, one in which Mennonites owned more of the farmland and tourists were fewer in number. The book depicts this earlier time in the rural country culture and in the community in Lancaster. The book is also a fascinating window into the early life of a writer who, despite moving to Canada and living there most of her life, still felt rooted in and connected to her childhood homeland."

Sara Stambaugh (1936-2002) was born in New Holland, Pennsylvania on December 4, 1936. She received her B.A. from Beaver College, and her M.A. and Ph.D. from Minnesota. From 1969 until 1995, she taught in the English Department at the University of Alberta. She is the author of several works of fiction but is best known for her critical analyses of the works of Isak Dinesen entitled Isak Dineson in America and The Witch and the Goddess in the stories of Isak Dinesen: a Feminist Reading.