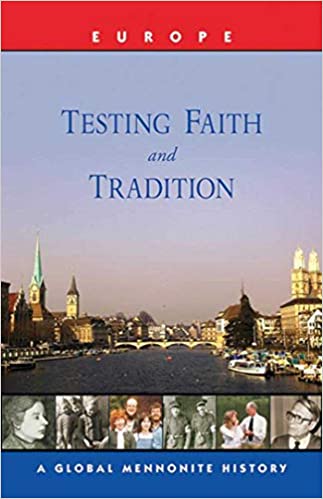 The Anabaptist movement had its beginning in scattered places throughout Europe during the 16th century. Today these Anabaptist-descended Mennonite churches are declining in membership, but they are not without reinvigorated faith and hope. Frequent wars during the past 480 years strained these Mennonite churches immeasurably, especially when their governments battled each other.

This volume recounts those torturous and formative experiences. Seldom have the distinguishing features of the Dutch, the French, the German, the Swiss, the Russian - and more recently, the U.K. and the Spanish-Mennonite churches been examined. These churches' cultural and historical differences are significantly unique, and they are a key part of the history told in these chapters by European Mennonite historians and church leaders. The Umsiedler, with their sheer numbers and religious vigor, are a current force included in this ongoing story.

Testing Faith and Tradition is the second volume in the Global Mennonite History Series.