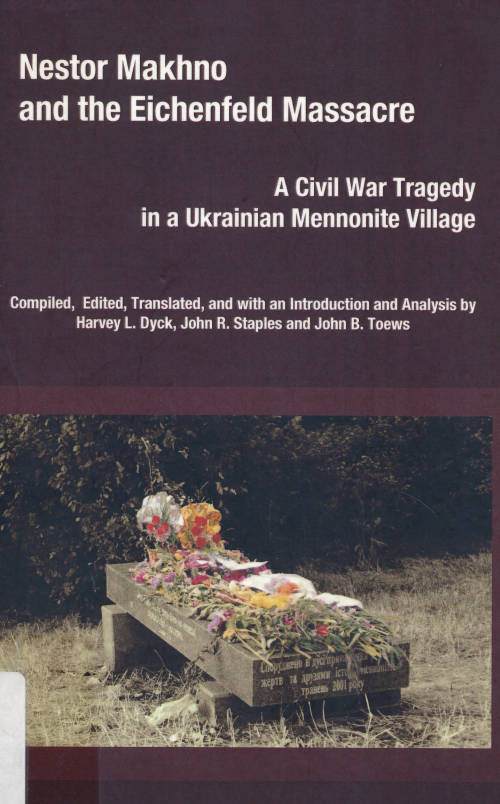 The nighttime massacre of 136 innocent Mennonites at Eichenfeld/Dubovka (Novopetrovka) on October 26 to 27, 1919, and elsewhere in the Nikolaipole volost during the years of 1918-1920, was one of numerous atrocities of the Russion revolution and civil war. The victims were pacifist men, women and children, neither partisans nor combatants, but peaceful villagers and visiting evangelists. The horror and insecurity of the times did not permit the dead of Eichenfeld to be openly mourned. Unwashed, they were hastily buried in shallow graves before surviving family members and villagers fled into nearby Mennonite villages. Eighty-two years later, on Sunday, May 27, 2001, Mennonites and Ukranians gathered at the burial site to acknowledge the Eichenfeld massacre and to honor the memory of the dead. In an act of human solidarity, a large group of residents from the surrounding villages who were in attendance adopted the memorial as their own and promised to care for it. This volume tells the story of the massacre. It includes eyewitness accounts and reminiscences by Mennonites and Ukranians, as well as an analysis of the origins and roots of the event and reflection on its legacy.

"This slim volume brings together the accounts of Mennonite witnesses and Ukrainian recollections of the 1919 massacres by Makhno forces in the Iasykovo area with historical analysis of the civil war setting in which they took place. The occasion was the memorial service held at the former village of Eichenfeld in May 2001 to honour the victims and work toward a peaceful healing of memories. The combination is both moving and informative."

- Adolf Ens in The Mennonite Historian