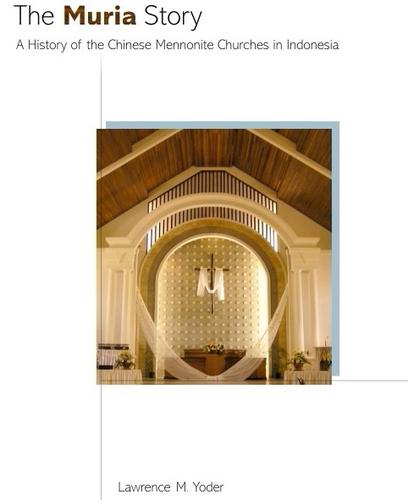 The Muria Story: A History of the Chinese Mennonite Church in Indonesia, by Lawrence M. Yoder

This is a history of the Muria Christian Churches of Indonesia (GKMI), one of the three Mennonite-related synods of churches in that fourth most populous nation in the world. This church developed from the initiative of a Chinese Indonesian businessman by the name of Tee Siem Tat, who seeking someone to baptize him and his newly believing associates, found Russian Mennonite missionaries of the Dutch Mennonite Mission working in the region who agreed to baptize them. The first baptisms occurred in December 1920. The church was organized and registered with the government by 1926. After forty years as an almost exclusively Chinese Indonesian church, they called a Javanese minister from the neighboring Javanese Mennonite Church (GITJ) and soon began to share their faith with Javanese people and eventually people of other ethnic groups as well. The church now has congregations in Central, West and East Java, Bali, northern and southern Sumatra, Kalimantan (Borneo) and several smaller islands.

This book tells the story of the Chinese Mennonite churches of Indonesia, today called the Muria Church (GKMI: Gereja Kristen Muria Indonesia), the first non-western Mennonite church to be formally organized (September 27, 1925). Based on original research carried out in collaboration with writers such as J. Partowiguno and J. Herlianto, with additional data from Herman Tann, this present account is the fourth published revision of this story.

"This careful study of the origins and development of the Chinese Mennonite churches in Indonesia by Lawrence M. Yoder grows out of his decade of service in Indonesia where he worked closely with both the Chinese and Javanese Mennonite churches. The book is divided into six parts and thirty-one chapters and structured to follow developments chronologically between 1918 and 1980. It is copiously documented with references to official minutes of local congregations and the conference boards... This history will remain the standard reference for the story of the founding and development up to 1980 of the Indonesian Chinese Mennonite Church. Few Mennonite-related churches in Asia, Africa and Latin America have a comparable resource." – Wilbert R. Shenk in the Mennonite Quarterly Review

"It is particularly gratifying that Lawrence M. Yoder has written an extremely detailed history of this community. This outstandingly-documented book provides an excellent impression of the origin and development of this church." – Alle Hoekema, reviewing Lawrence Yoder's original work in the Doopsgezinde Bijdragen, Nieuwe Reeks 8 (1982).

Lawrence M. Yoder and his wife Shirlee K. Yoder were assigned to Indonesia in 1970 under appointment by Mennonite Central Committee (MCC), with an initial assignment to help train pastors for the rapidly-growing Mennonite-related churches there. When the Muria (GKMI) synod decided to write its history in 1976, Yoder was asked to collaborate, eventually becoming the writer responsible for completing the work. The Yoders served in Indonesia through 1979, during which time their family grew with the births of three sons. In 1983 Lawrence began teaching at Eastern Mennonite Seminary in Harrisonburg, Virginia, USA, where he continues to serve as Professor of Missiology.