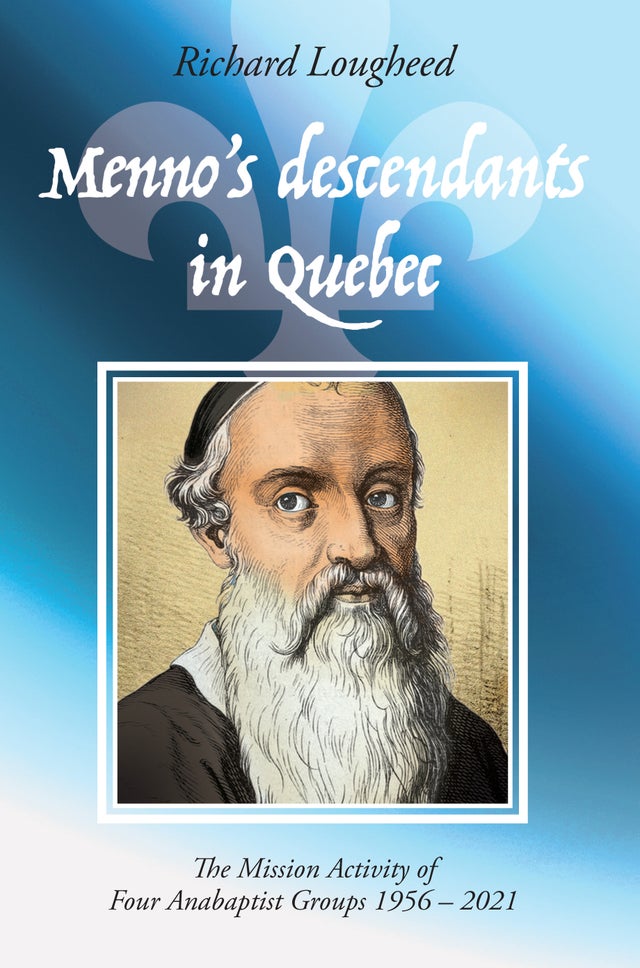 "Although this study specifically retraces the missionary history of Mennonites in Quebec, many parallels can be seen with the missionary ventures of other denomi-nations. Thus, this book is a vital contribution for the entire Quebec evangelical movement. In addition the combination of a historical work and a missiological critique is a welcome precedent."

- The late Gilles Marcouiller, occupying the Chair of Leadership in Evangelical Protestant Missiology at the Faculty of Theology and Religious Studies of Université Laval.

"Finally, a history of Mennonite mission in Quebec is available for English readers. Richard Lougheed has chronicled the stories of each of the four Anabaptist groups whose vision brought them to Quebec during the latter half of the twentieth century, placing it in the context of the sweeping changes of the sixties. With its comparisons among the groups, and insights from Anabaptist mission in France, the book provides an analysis of methods and strategies relevant both for Mennonites and other evangelicals."

"Richard Lougheed delivers the first historical review of the Anabaptist movement in Québec since 1950. This volume, which provides a quite complete picture accompanied by many pertinent observations and questions, also reads well. It will certainly remain an important reference for some time both for Anabaptist history and for the evangelical movement in Quebec. "

- Jean Raymond Théorêt, former Director of the Institut Biblique Laval and chairman of the Board of ÉTEQ.

Grandson and son of United Church pastors, Richard Lougheed also served as pastor of a joint Anglican-United congregation before PhD studies in French Protestantism. He has taught church history in French in Montreal since 1993 at the Faculté de Théologie Évangélique and since 2011 at the École de Théologie Évangélique du Québec. He serves on the Quebec and Canadian Boards of the Mennonite Brethren denomination. His research concentrates on French Protestant history and he is past chair of the Société d'histoire du protestantisme franco-québécois.