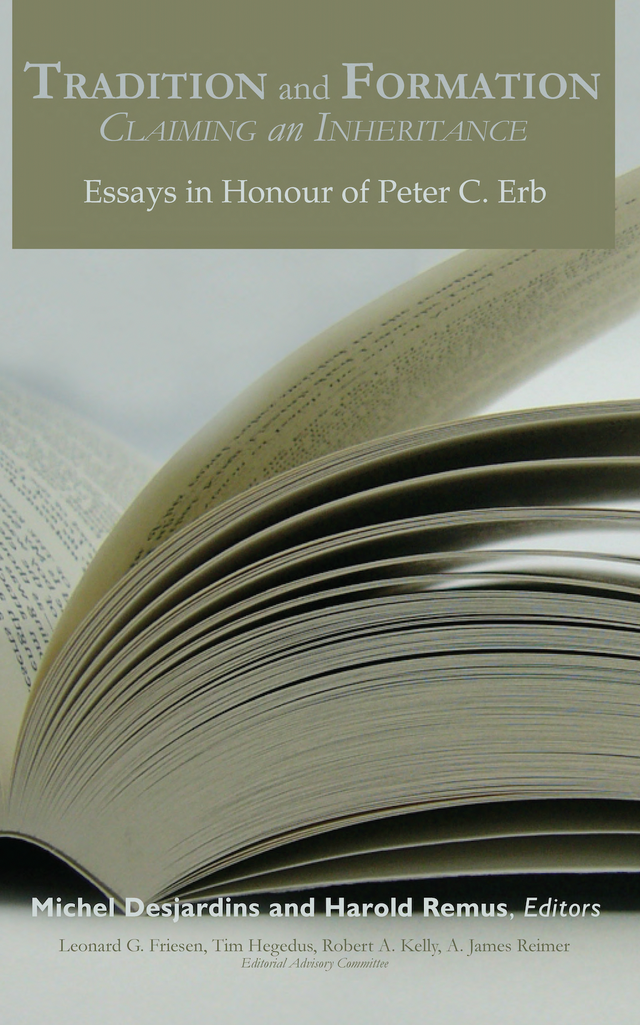 Tradition and Formation: Claiming An Inheritance: Essays in Honour of Peter C. Erb, Edited by Michel Desjardins and Harold Remus

Noted scholars in Germany, England, the United States, and Canada here honour Peter C. Erb with original contributions across the wide range of academic disciplines in which he taught and did research during his 37 years as a professor at Wilfrid Laurier University. These disciplines are reflected in the book’s sections. Inheritance features studies of early Christianity, medieval monasticism, Anabaptists, Schwenkfelders, and Pietism. The Oxford Movement and such personages as Disraeli, Gladstone, John Henry Newman, and Gerard Manley Hopkins appear here as well. Tradition and Literature offers contributions on Chaucer, Shakespeare, a once decried novel on lesbian love, and other writers such as Cervantes, Freud, and Graham Greene. Finally, Religion and Formation includes, among others, an essay on justice in post-glasnost Russia, and searching, personal reflections by a longtime friend and colleague of the honoree.

The introduction traces Professor Erb’s career from his Amish roots in a small town in Ontario to university studies in Waterloo and Toronto, his career as a professor and scholar of international repute, and his move from the Amish faith to Roman Catholicism. The catalogue of Professor Erb’s publications lists the 17 books of which he is author, editor, or translator, his thirty-some chapters or articles in books and reference works, his more than 40 articles in refereed journals, and his three-volume critical edition of the correspondence between Henry Edward Manning and William Ewart Gladstone.